Take a short survey and be entered to get a $100 gift card to Hard Rock Cafe! – EXPIRED From Boston to Brussels, Venice to Vallarta, we have Hard Rock locations in some of the world’s most desirable locations. Infusing our signature rock vibe with the unique character of each city, our hotels truly celebrate their surroundings. Find your perfect destination city and let Hard Rock take you there.

NO ONE HAS EVER DONE ANYTHING LIKE IT.
Our first landlord in London thought it so improbable he’d only give our shaggy-haired founders a three-month lease. That was more than 40 years ago. But from day one, we were serious about serving fresh, handmade, classic American cooking with a Southern flair that couldn’t help but reflect co-founder Isaac Tigrett’s Tennessee roots. Even as our menu expands to encompass the best of local cuisines around the world, serving up the good stuff is still and forever our gig.

Complete the survey to unlock coupons and deals!

Hard Rock Café is known for its collection of rock and roll memorabilia. The cafes solicit donations of music memorabilia but also purchase a number of items at auctions around the world, including autographed guitars, costumes from world tours and rare photographs; these are often to be found mounted on cafe walls. The collection began in 1979 with an un-signed Red Fender Lead II guitar from Eric Clapton, who was a regular at the first restaurant in London. Clapton wanted management to hang the guitar over his regular seat in order to lay claim to that spot, and they obliged. This prompted Pete Townshend of The Who to give one of his guitars, also un-signed with the note “Mine’s as good as his! Love, Pete.” Hard Rock’s archive includes over 77,000 items, and is the largest private collection of Rock and Roll memorabilia in the world. Marquee pieces from the collection were briefly displayed in a Hard Rock museum named “The Vault” in Orlando, Florida from January 2003 until September 2004. After the closure, items were disbursed to various restaurant locations. The London Vault remains open and free to visitors, located in the retail Rock Shop of the original cafe. In 2005, Deep Purple launched its new album Rapture of the Deep in Hard Rock Cafe London. This show at the release party itself was released as a DVD.

The Hard Rock Café is also in possession of a Bedford VAL 6 axle coach used in the 1967 film The Beatles Magical Mystery Tour. The vehicle was completely refurbished after filming. It is currently displayed in the US, but makes regular appearances in events in the UK, especially at the original Hard Rock Cafe in London. In 2001, a competition was run to win the actual bus, but it was never given away and remained with the cafe. 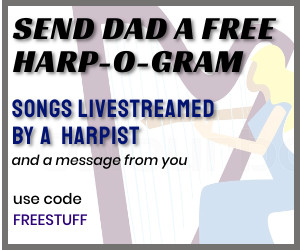